More for posterity than anything else, Here are the 2017 Hoboken Election Results over all. I will have more detailed ward and district breakdowns next week when the provisional votes are added to the City of Hoboken Clerk's office final document. 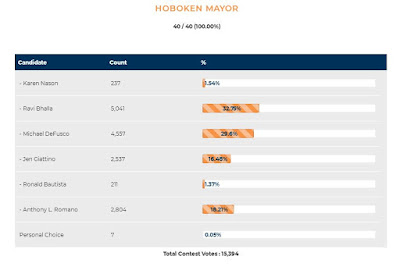 The winner of the Mayoral election was Ravi Bhalla with only about 33% of the vote. Ravi won Wards 2,3,5, and 6 and second place finisher Mike Defusco won Wards 1 and 4. 66% of the Hoboken voters voted for someone else besides Ravi Bhalla. Keep that in mind because there is no mandate and the result has prompted a group of Hoboken Residents to at least discuss the idea of instant runoff voting. Whether this leads to election reform is another matter. 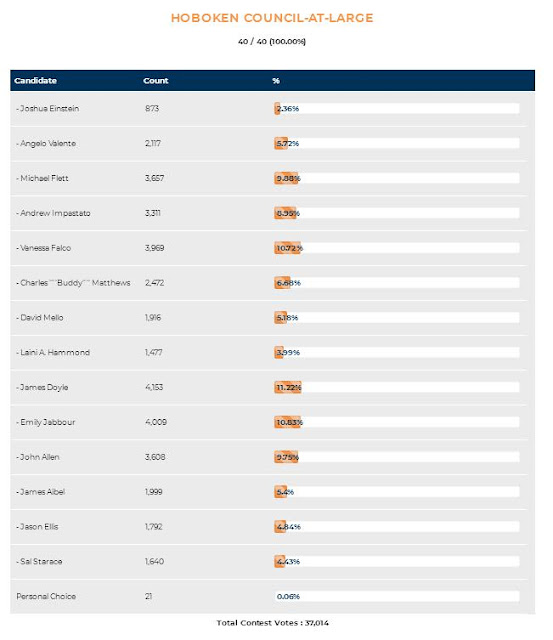 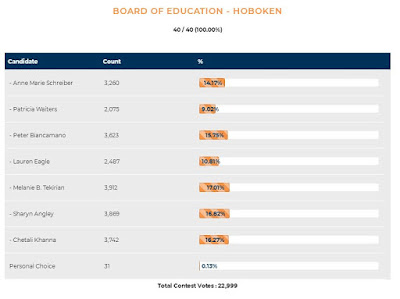 For the Hoboken BOE, the Hoboken Proud slate of Sharyn Angley, Chetali Khanna, and Melanie Tekirian won and will represent Hoboken's district schools for 3 years. Incumbent Peter Biancamano lost and just missing the number 3 spot by a little over 100 votes.
Posted by Hoboken Resistance at 4:00 PM