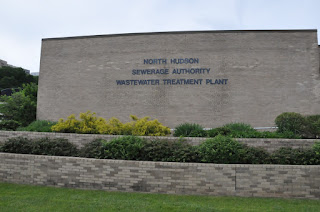 Not just Tony Soares vs. Brian Assadourian any more

Previously, this blog had broke the story last week that Tony Soares, a key Mike Defusco supporter had put in his application for the the North Hudson Sewerage Authority NHSA seat currently up for renewal and currently occupied by Ravi Bhalla ally Brian Assadourian and close personal friend of Mayor Dawn Zimmer and her husband Stan Grossbard. NHSA board positions are 5 year appointments and pay a small stipend of $5,000 per year and are the only appointed local board positions that are not strictly volunteer. That seat is set to expire by February 1, 2018 and would be up for vote at the first or second City Council meeting of January 2018.


Now it appears based on my sources that the position may have up to four candidates vying for the coveted board seat being one of three people to represent Hoboken. The next candidate should be familiar to those who know Hoboken politics in that it is Frank Raia, former NHSA Commissioner, former Hoboken School Board member, former Hoboken City Council and Mayoral Candidate and perennial self anointed "king maker" in Hoboken old school politics. Frank is a former chairman of the board and had served for over 25 years until 2016 when Kurt Gardiner (yep that's me) secured 8 of 9 votes on the City Council to be appointed replacing him on the board.


The other and 4th candidate that is said to be interested is Patty Spaccavento who is currently the proprietor of the iconic establishment Piccolos which had been in business in Hoboken for over 60 years and formerly run by his father Joseph "Sparky" Spaccavento who passed away in 2016. Patty is also a former NHSA Board member and born and raised in Hoboken according to his bio. Patty Boy is also no fan of folks who just eat salad for dinner...

Back in the day Patty Spaccavento was no fan of the Hoboken Yuppie invasion:

Marty Rouse and Pat Spaccavento are typical representatives of the warring factions.

Rouse, 26, is a Yorkie. Yorkie, a subset of Yuppie, is the natives` term for a New Yorker, and is pronounced with a sneer. Rouse left Manhattan in search of cheap Hoboken rents, only to grow frustrated by the city`s refusal to accommodate the tastes of the new inhabitants.

One of many Yorkies who have conceded defeat, he is about to double his $486-a-month rent by moving back to Manhattan.

``The schools are terrible. The streets are dirty. There are no parks. There`s no parking. If you do park, the cops come around and put their speakers on and say, `Get out of the bahs and move your cahs.` ``

Rouse continues, good-natured if slightly hyperbolic: ``And you can`t do food shopping. There is no fresh food in Hoboken. There`s one good bakery. The others sell those disgusting green St. Patty`s Day cakes. And croissants haven`t even made it here.``

Spaccavento, a 27-year-old B-and-B, applauds the city`s reluctance to cater to the likes of Rouse.

``These Yuppies go out on a date, and what do they wear?`` says Spaccavento, wiping a hand on his stained white apron. ``Dungarees, sneakers, a polo shirt. I go on a date, it`s sports jacket and tie. And food. When I go out to eat, I don`t want to eat just salad.``

He turns back to the grill and flips a burger. ``The thing that really ticks me off,`` he shouts over his shoulder, waving the spatula, ``is they think they`re better than you.``

That should give you a bit more color on the background of the latest candidate. I for one don't think I am any better or less than Patty, I just generally support better political candidates for office that's all. It is a matter of opinion of course. I also do pay taxes.


Earth to Nancy Pincus - Quit your bellyaching and accept that this is a City Council appointment
The proprietor of Grafix Avenger blog has been bemoaning the fact Ravi Bhalla no longer has a locked down City Council majority and has been fuming on her website about how certain City Council members need to kiss the ring and vote back in her political ally Brian Assadourian onto the NHSA Board for another 5 year term. Nancy was exposed by this website as being not just an advocate but actually being paid out by Ravi Bhalla campaign for graphical services rendered during the campaign making her a paid political operative for Ravi Bhalla.

The bottom line is this: it is up to the City Council to pick the next appointment and not Ravi Bhalla. Right now Brian Assadourian only has two solid votes in theory and it is a race to get 5 of 9 votes for up to 4 candidates and possibly even more. It will remain to be seen who actually files and keeps their application active up until the vote on the City Council.

Should Brian Assadourian wish to continue to serve Hoboken should he not get reappointed to the NHSA, he could always serve on the Hoboken Planning Board whose appointments would be made by the Mayor Elect Ravi Bhalla. For all the backslapping about how Ravi Bhalla has assembled a team of rivals, it makes no sense for Ravi having his paid for spokesperson Nancy "Angry Pants" Pincus going nuclear on City Council members he needs to repair relationships with. He will need 5 votes to pass and 6 votes to bond.

The core commentators of the Grafix Avengers site seem to be the angriest bunch of winners ever. Granted, my candidate (Jen Giattion) lost but I am over it. The reason why is I accept our system of check and balances and the City Council will play a vital role in curbing the ultra development aggressiveness of outside influences like Stronger Foundations PAC and even Governor Phil Murphy. I put my faith in that more than any low information Hoboken voter could ever do.

Prior Story: http://hobokenresistance.blogspot.com/2017/12/breaking-tony-soares-to-seek-nhsa.html
Posted by Hoboken Resistance at 4:09 PM