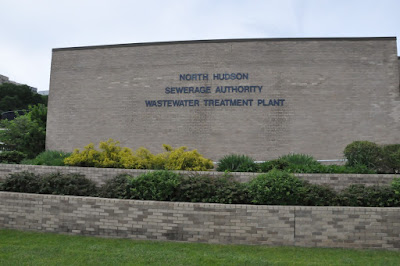 Former North Hudson Sewerage Authority Commissioner Tony Soares has filed an application for consideration on the NHSA for a 5 year term starting February 1, 2018 today at the Hoboken City Clerk's Office. The seat is currently held by Commissioner Brian Assadourian whose term is up early next year. Brian Assadourian is a political ally of Mayor Zimmer and Mayor Elect Ravi Bhalla as well as a close personal friend of the Mayor and her husband Stan Grossbard.

Tony Soares has previously served Hoboken as Hoboken City Council at Large, The Hoboken Zoning Board of Adjustment and two terms as NHSA Commissioner before stepping down last year. Hoboken resident and community infrastructure advocate Ed Friedrich was appointed last year to fill Tony's vacant seat. Tony was also a key backer of the Michael Defusco for Mayor campaign. Last year Tony had stepped down from his position due to a vehicular accident where he was struck as a pedestrian and needed time to focus on his recovery. When asked by the Hoboken Resistance the reason is applying again, Tony Soares responded "I think I offer the City of Hoboken a lot based on my past experience as City Councilman, Chairman of the Zoning Board of Adjustment, and NHSA commissioner. I am applying because I want to participate in the process of governing and believe the best candidate should get to serve on this important board."


In Hoboken there are 3 commissioners that represent Hoboken on the NHSA. The board totals 9 members and comprise of two from Weehawken, 2 from Union City and 2 from West New York in addition to the 3 Hoboken Commissioners. Seven votes out of 9 are required to pass any resolution so the fact remains that Hoboken has veto power but it that power has not been utilized recently.

Appointments to the NHSA are made by the City Council and 5 votes are needed to get the position. Thus it appears to be a race between Brian Assadourian and Ravi Bhalla ally should he seek a third term and Tony Soares a key Michael Defusco ally. Key insiders will see this appointment as a litmus test of Mayor Elect Ravi Bhalla's support level on the City Council very early in his first term. No reports of Frank Raia putting his hat in the ring again but that is certainly a possibility as there is still time before the last January 2018 City Council meeting when these appointments are typically made.

Editor's Comment: I currently serve on The NHSA and Tony Soares served with me for one year in 2016 on the board and I thought Tony was engaged and a very good advocate for Hoboken and the Authority as whole. He has the respect of the leadership at the NHSA and its consultants. He asked great questions and his conduct throughout meetings was energetic and professional. Putting political affiliations aside he would make a very good commissioner should he get the votes necessary to be reappointed. This position is first off political, and secondly up to the City Council to decide for themselves who best to serve Hoboken and the NHSA. I worked well with Brian Assadourian too but it is not my opinion that counts here. I know I can work with either candidate selected. Whoever gets the five votes from the City Council is all that matters in the end.

Posted by Hoboken Resistance at 2:02 PM