Nancy Pincus of the Grafix Avenger blog is once again caught red handed in a web of lies trying to unsuccessfully implicate me in wrong doing with respect to my 2011 Freeholder campaign. The reason for this is twofold in that I did not support her candidate for Mayor and because I reported out on factual information on the fact she received $1200 in services for her work as a paid political operative for The Ravi Bhalla for Mayor Campaign. Her allegations are false and defamatory and should be retracted in full. Knowing her bad behavior as of late I don't expect much from here and as a paid political operative of Ravi Bhalla it seems "scorched earth" is still the method of operation of Team Ravi even after the election. So much for Ravi Bhalla being a uniter. He needs to curb his paid for attack dogs if he wants to move forward that way.

Very little can be taken seriously from bitter Bhalla blogger Nancy Pincus these days so lets just have a little fun debunking her stupidity... 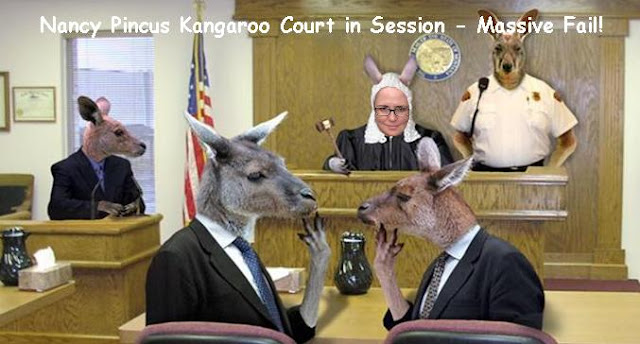 Nancy Pincus in her attack piece wrote the following regarding my ELEC filings during my Freeholder Campaign in 2011. She had provided voluntary professional services for my campaign for one palm card during the election:

"Imagine that, Kurt Gardiner, the beneficiary of my in-kindness in 2011 unlawfully skirted filing a C-1 report!"

Count 1: I did indeed file my C-1 report. It was filed as the 48 hour report and is shown below:

Count 2: I did not need to file another C-1 report for what Nancy claims was in-kind work is actually not reportable. See below from the ELEC Compliance Manual for Candidates/Political Committees. Personal services provided on an unpaid, voluntary basis do not constitute a reportable contribution.

The conclusion is that Nancy Pincus is lying about my campaign in a deliberate attempt to defame me but if you want to get a laugh at my expense or better yet Nancy's , the lunatic actually sent me an invoice for her "volunteer work" six years later at inflated Super PAC prices. I rest my case in the Kangaroo Court of Nancy Pincus. Case Dismissed. Lol.

Below is a screen shot of Nancy's defamatory hit piece. There is no scandal; it was fabricated out of thin air by Nancy Pincus. I demand a full retraction and a public apology but will likely not get one. This will be a litmus test for the Bhalla Administration to see if he can control his paid operatives from engaging in defamatory statements just score cheap political points and discourage honest discourse. Are you not entertained? I think its time to get back to the issues but I won't let people make false claims against me without putting up a defense. Have a great afternoon and a great weekend.

Posted by Hoboken Resistance at 2:16 PM